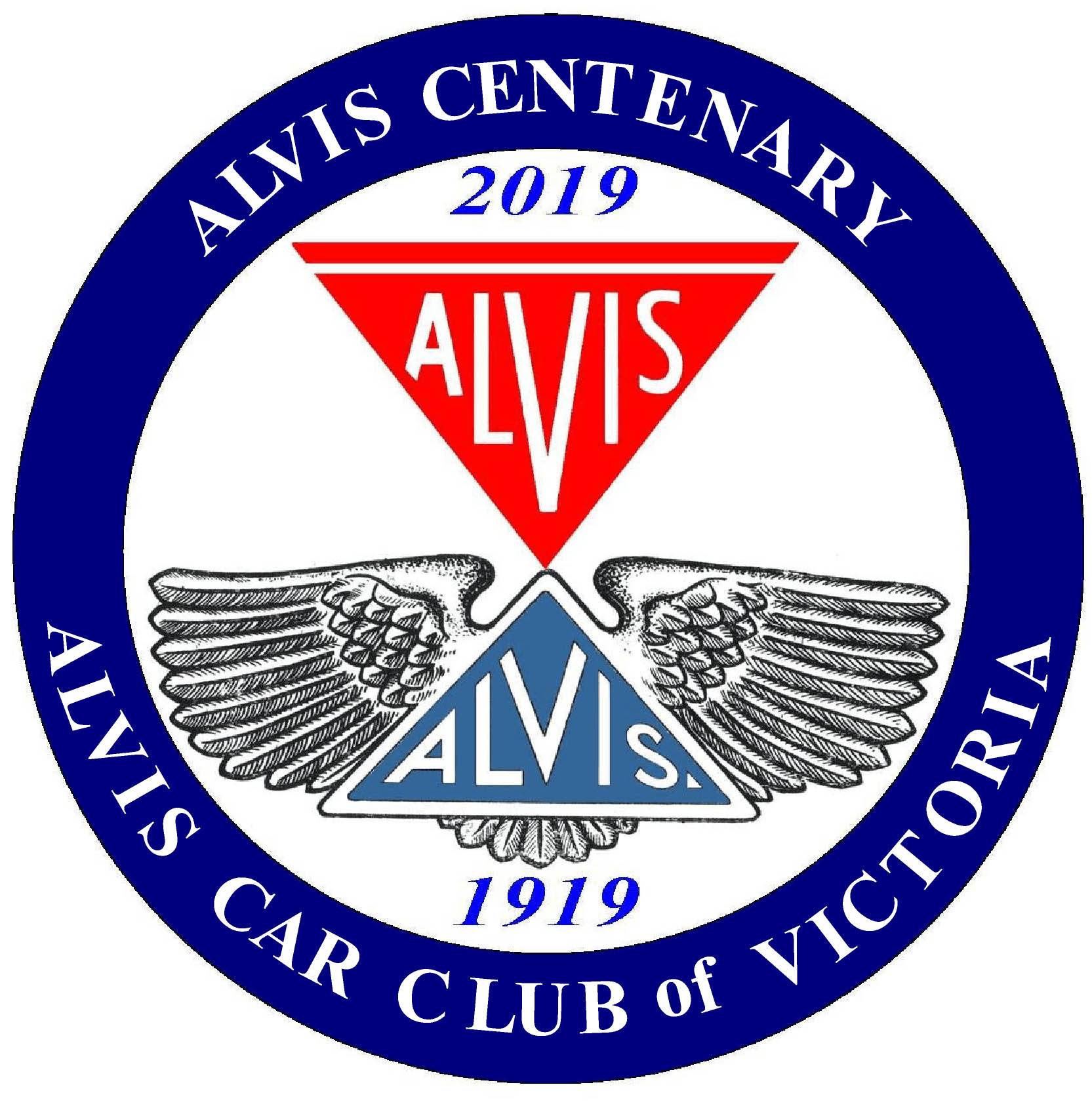 Julian Collins Tour down under

In memory of Julian Collins, long time editor of the Alvis Owners Club (UK) bulletin, the Alvis Car Club of Victoria held a tour of our magnificent state during October 2008. Alvis owners from the UK and USA joined us for this event which was enjoyed greatly by all those who attended.

Friday 3rd                    This is the earliest date that Alvis Cars are likely to be available for collection by Owners from the . It would be very helpful, however, if the majority of owners could plan on being at the Port in Melbourne at (say) 12 noon on Monday 6th to collect their cars. This will make administration and release very much easier, and as a Group we can enlist the assistance of ALVIC to clear the port and to guide us to the RACV Club premises in . It will also give time to check the cars.

Weekend  Friday 3rd/ Monday 6th                 Accommodation may be booked, as required, at RACV where there is secure underground parking. This is additional to the Tour Itinerary and NOT included in the pricing. Charges are currently AUS$ 288.00 (c.£.125.00)  per double per night, inclusive of breakfast and parking. Please see the Note on the Application Form.

To assist in your planning please note  it is hoped that there will be a mini -coach tour of city and its environs for visitors from prior to the official Welcome on the evening of Tuesday7th. .  This City Tour is currently provisional, will probably be during Tuesday, is an extra to the price, and will incur a small charge. See Note on the Application.

This means that those wishing to attend this tour need to make collection of their cars from by pm. Monday 6th October, and (preferably) stay at the RAC V on that night  at an additional charge.

Wednesday 8th                       Leave from Melbourne via Spencer St. and Dynon Road to the historic city and We will be heading towards but will do a circuit taking in the seaside and holiday towns of Barwon Heads, Ocean Grove and Point Lonsdale where you will see the mighty rip that is one of the most dangerous sea channels in the world and requires Pilot Boats to help ships negotiate their way out of . Next stop Queenscliff for lunch about 4kms on from Point Lonsdale and the main base for the Pilot Boats, fishing and the home of a Research Development Organisation for Aquatic Animals. Queenscliff also houses the famous fort built in the 1800s to stop any Russian boats entering . Its guns were used twice!

Continue on to via Indented Heads and Portarlington. is the second largest town in situated also on and some 80 kms from . in its early days was a mass of wool stores being the staging post for sheep farmers in the Western district to deliver wool to where it was sent by ship to its destination. Geelong today is also the home of the Ford Motor Company.

Thursday 9th                          From Geelong it is a short drive to the start of what is regarded as one of the most spectacular drives in the world, the Great Ocean Road. Built by returned WW1 diggers, anyone with a vintage car should do this drive. It is simply superb and takes in the rugged coastline of . It is also known as the  . Views are spectacular including the famous Twelve Apostles. We overnight at Warrnambool.

Saturday 11th                          Head inland into the famous most notable for sheep farming that along with gold gave its wealth back in the 1800s. Chance to view a Western District farm and sample the tastes of what life was like back in early pioneering days. The end of the day sees us at Penola,  just over the South Australian border and in the area known for its famous wine region of Coonawarra.

Sunday 12th                           A chance to spend the whole day sampling the wines of the Coonawarra region. Wines from this area include Wynns, Rydoch, Brands, Jamiesons Run, Redman and many others the fertile red soil in this area ideal for grape growing.

Monday 13th                          Back on the road we keep heading inland through the towns of Casterton, Coleraine and Melville Forest (lunch),  still in the Western District where you will see large areas of farming particularly sheep and cattle. You will also see spectacular mountain ranges many of which we will bypass, a few we will climb as we make our way to Halls Gap, one of the most picturesque areas in Victoria.

Tuesday 14th.            From Halls Gap we are heading into Gold Rush country, as we head toward Ballarat. We will pass through the old mining towns of Ararat, Talbot, Clunes and Creswick that sprung up as a result of the finding of Gold in the area.  Overnight at Ballarat.

Wednesday 15th                    A rest day in Ballarat and a chance to explore the re-created town of . At night, you can also witness the sound and light show of the famous Stockade, a fight that took place between miners and police over the harsh treatment given to the miners of mining licences.  Ballarat also has one of the best art galleries in the country and is well worth a visit.

Thursday 16th                        From Ballarat it is only a short drive to Bendigo, another famous town established during the gold era. We will go via the towns of Creswick and the pretty town of famous for its spring water.

Friday.17th                             Rest day at but hardly a rest as has a lot to offer! Visit to the historic tram museum and have a ride on tram. Also visit the Chinese museum. The Chinese came to during the gold rush in their thousands and many stayed on to develop market gardens within the area. Another interesting art gallery and the huge cathedral are sights also to see.

Saturday.18th            From Bendigo it is a short drive to the Echuca, or Paddle Steamer country, situated along the banks of the .  The was the main inland river that supplied communitys right up into . Paddle Steamers carried wool, timber, food and all manner of things to outback farms etc. The has been transformed into its former glory and we can travel a few miles up the on a proper steam driven paddle steamer. There is also a good car museum featuring the Australian built Holden car.

Sunday.19th                           From Echuca we have a bit of a drive to Beechworth for overnight stay. We travel through the wine growing areas of namely the Rutherglen region noted for its heavy red and fortified wines. We will also be entering bush ranger territory, where Ned Kelly roamed. If you like you can visit the town of where Kelly and his mob staged their last stand at the Glenrowan Hotel and see all the sights of this famous little town.

Monday 20th                          Rest day at Beechworth.  Beechworth was also a gold producing town and much of it has been left or restored to its former glory. From Beechworth you can visit the wineries in the , sample local cheeses or have a nice lunch at the famous Brown Brothers Winery.  The local courthouse at Beechworth is well worth a visit and played an important part in the Kelly history.

Tuesday 21st.                         If you thought you had seen some spectacular scenery, you are in for a treat as we head towards the ski fields of the High Plains. We go via Milewa, the Kiewa Valley and picturesque Tawonga Gap. The roads up here are excellent for Alvis motoring, nice and twisty. We will be staying in ski lodge accommodation.

Wednesday 22nd.                   From Dinner Plain we travel down the mountains through Omeo (lunch) and come out at Lakes Entrance situated on s Eastern coast. Lakes Entrance is an important fishing town and those that like seafood are encouraged to take in the delights of oysters, prawns and crayfish.

Thursday 23rd                        From Lakes Entrance we head into Gippsland, via Maffra, Rosedale, Yarram and Fish Creek. This area is renowned for its cattle grazing and fine foods. We will stay overnight in Inverloch and travel through some more magnificent scenery

Friday 24th.                            After overnight stop at Inverloch, we head for Healesville where we have two nights at RACV Club. This section will take us via Kurrumburra, Warragul, and Neerim South. There is the famous Healesville Sanctuary to see full of Australian animals and wildlife or you can explore the famous wine region of the . The final dinner and presentation night will be held on Saturday 25th October. The Tour disperses on Sunday 26th October from Healesville  or elect a third night (at personal expense) at this wonderful Country Club  See note on Application Form.

Monday 27th                          Provisional date to begin delivery of Alvis cars by their owners to This MUST be completed by to comply with the Regulations governing the Carnet de Passage. (31 days in ). Again it would be very helpful if UK cars arrive as a Group  Provisional planning indicates that the Group arrive by 11.00 hours at on Monday 27th.